Going Above & Beyond Johnston, a BUCHER Company 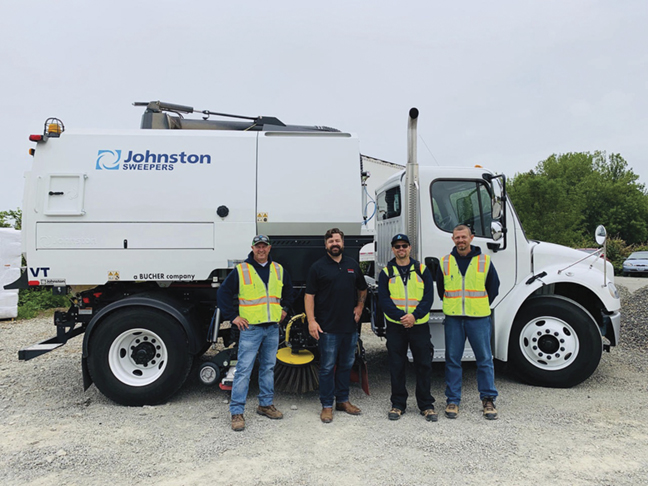 The importance of choosing the right street sweeper for the right job.

Sometimes, as John and Valerie Dewitz learned, finding a solution can end up causing more problems than you started with.

This was not the case a few years ago when the married owners of Above & Beyond Hydroseed in Ridgefield, Wash., were approached by a client. The large builder needed their subdivision streets swept and wanted to know if Above & Beyond could add it to their scope, which already included their specialties: erosion control and hydroseed. This was a few years before they’d add the Johnston, a Bucher company VT652 vacuum sweeper to their lineup.

“Well, I don’t have a sweep truck, but I could probably sub that out for you,” John Dewitz responded.

For roughly the next three years, Above & Beyond hired a subcontractor to sweep the client’s streets. The results, though, were underwhelming, said Dewitz. When Above & Beyond’s clients began voicing their displeasure as well, the subcontractor responded by bringing in multiple trucks for projects that only needed one.

The problem? The subcontractor was using the wrong type of street sweepers — regenerative sweepers — for the porous asphalt application.

When you have a name like Above & Beyond, it’s hard to accept lacklustre results. So, realizing the subcontractor’s regenerative air street sweepers weren’t adequately picking up the particulates in the porous asphalt application, John, Valerie and their team began researching better solutions. That’s when they came across Johnston, a Bucher company and the VT652 vacuum street sweeper.

Through the Johnston website, they connected to Western Regional Sales Manager Shawn Hutchings, who visited and demoed the vacuum street sweeper for Above & Beyond. Dewitz said Hutchings ensured the street sweeper was the right fit by asking key application specific questions.

“It seemed capable of doing everything that we were looking for, and we decided to make the purchase,” said Dewitz. “With the Johnston VT652 that we purchased, it seems to be performing well, and we’re starting to get the results that we’re looking for.”

Not only do the results look better, said Dewitz, but using the Johnston VT652 has also boosted efficiency and productivity.

“The fact that I’m not taking three trucks out to do one job is going to be a huge saving as well,” said Dewitz. “On certain sites, on some larger sites mainly, we’re seeing about a two-hour difference as far as the sweep time.

“That’s on a site with about 100 home sites, probably half of that being in construction. We sweep about, oh, 30 sites a month right now. Overall, that adds up to pretty big savings.”

All the sediment that wasn’t getting picked up by the subcontractor had been ground into the porous pavement month after month. That means the crews at Above and Beyond Hydroseed are still seeing improved results each time they go into the subdivisions.

More importantly, so is their client. Dewitz said he used to hear his client question whether the subcontractor had even done the job.
“Now they definitely see that we’ve been there,” said Dewitz.

Don’t waste time and money. Instead, listen and learn more about Above & Beyond Hydroseed’s unique street sweeper application and the solution they found with Johnston’s vacuum street sweeper! We have a special Sweepers and Tankers podcast interview with John Dewitz and the full transcript here: https://johnstonsweepers.us/podcast-john-dewitz-above-and-beyond-hydroseed/

Matt Starnes is the Product Marketing Manager for Johnston, a Bucher company and Bucher Municipal North America. Johnston, a BUCHER company headquarters is located in Mooresville, North Carolina. To learn more, visit Johnstonsweepers.us or call us at 704-658-1333. The Bucher Municipal Center of Excellence is now open in Ontario, California. 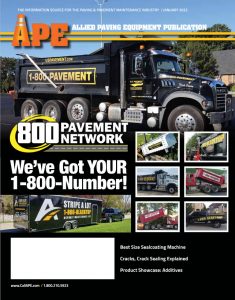