What it Means to be “Raised on Blacktop” 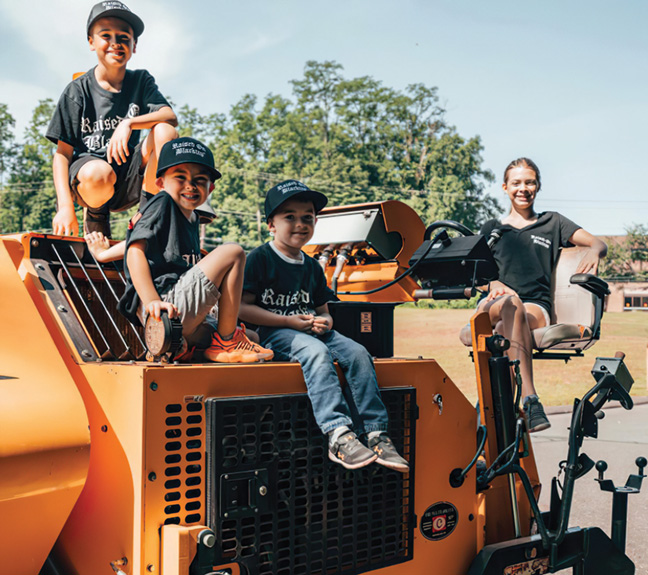 “Grit isn’t talent. Grit isn’t luck. Grit isn’t how intensely, for the moment, you want something. Instead, grit is about having a goal you care about so much that it organizes and gives meaning to almost everything you do. And grit is holding steadfast to that goal.” – Angela Duckworth

This is not a story about business, but how you go about your business. It’s about grit, family and character revealed. In an age of globalization and big business, the family paving business is a long-founded, rooted tradition and it has never been stronger.

You don’t choose this business – it chooses you

The paving industry is raw.  It’s about finding out who you are. It beats you down only to build you back up. Joining the family paving business isn’t something you do, it’s who you are.

You get into this line of work because, before you could walk, it was all you knew. Your Dad brought home with him at night, the smell of asphalt on his clothes. On the weekends, your Mom took over the dining room table—payables on one side, receivables on the other. Thrive or starve, you did it as a family.

“Dad was a real good asphalt guy—and an even better father. He’d take us with him wherever he went. My brother and I were in the truck with him from the time I was five years old,” remembers Bill Stanley, a third-generation asphalt fanatic and owner of American Pavement Specialists (Danbury, CT). His father got into the business because it was in his family’s DNA.

“My great-uncle started in the 1920’s when a driveway was two ruts and a strip of grass. When Dad and his first cousins were old enough, they spent summers working for their Uncle – that’s how the Stanley’s got into the paving business,” Bill explained.

Focusing on the Ultimate Concern

The key to the definition of grit is having what some call an “ultimate concern.” For the thousands of family-owned paving contractors and equipment dealers across the country, that ultimate concern involves passing on their values of family, work ethic and independence to the next generation.

“My father didn’t raise workers, he raised entrepreneurs,” said Bill’s son, Matt Stanley. “My brothers and I knew that, even if we didn’t go into the paving business, we needed to learn how to work hard. You can take that trait into everything you do. And that was a family staple around our house,”’ Matt said.

Looking back, it was inevitable that Matt, now 28, would eventually find his way home, metaphorically and literally. After pursuing the construction management program at Central Connecticut State University, he felt the strong pull back to blacktop. “I never felt pressure to go into the family business, but I always knew that whatever I chose to do would involve sweat, challenge and passion,” he added.

Charlie Walsh, Executive VP of Stephenson Equipment (Harrisburg, PA), has a similar story. His family’s business, Walsh Equipment, was started in 1932 by Charlie’s grandfather. Walsh’s dad, Mike, took over in the early 80s and Charlie remembers working Saturdays and summers. “It was a small family business and very much a passion for us. It was the key to providing for our family and the families of our employees,” he recalled in a 2018 interview with CED magazine.

After finishing law school in 2007, Charlie returned to the family business full time. After growing the business alongside is father for 10 years, Walsh Equipment was acquired by Stephenson Equipment (SEI) in 2017. The Walsh and the Stanley stories have a lot in common.

“Our dealership and our customers share a common core: hard work. It runs in our businesses and our families. We get up every morning, go to work for our customers and our employees,” Charlie said. When asked what’s in it for him, he quickly explained: “Every day I go to work for the interests of the customers and SEI’s team. Every night I leave the office content that we’ve put in a hard day’s effort.” Then, a long pause before he added, “I learned that from my Dad and someday I hope to pass it on to my kids.”

That “ultimate concern”—fueled by pride in one’s work and centered around family—has been the simple recipe that has sustained family-owned paving contractors and equipment dealerships since Bill Stanley’s great-uncle started raking out coal along the primitive driveways in rural Connecticut. Four generations later, Bill’s son, Matt has given it a new voice that’s beginning to resonate across the industry and beyond.

An Old Industry Gets a New Anthem

For those born, or pulled into the business, the fast-paced life of paving often “feels like you’re going into battle,” says Matt. And now, these road warriors have their own rallying cry. Raised on Blacktop® began as a mantra Matt and his brothers proudly displayed on their shirts and social media. Matt created it as a way to tap into the pride and passion of others like him, his brothers and Charlie. It didn’t take long before this lifestyle brand went viral.

Today, Raised on Blacktop is a full-throated industry anthem, that is transforming the sweat, grunge and grit of asphalt into a badge of honor. “We’re making paving sexy,” Matt explained. “It’s a dirty job, but an honorable one and it’s our mission to elevate hard work and dedication. We’ve learned that by conducting ourselves in a professional manner and by keeping a clean, reputable image, we’re quickly becoming notable ambassadors for the industry and changing the way it’s viewed – even by outsiders.”

Soon after it was started, Raised On Blacktop quickly thrived on social media, and has spawned a dedicated online store and loyal following.

“There’s a lot of kids out in the world like me and my brothers, and a lot of older guys in the business that have all grown up the same way. Now they finally have something they can rally around in unison,” Matt said. He estimates that Raised on Blacktop has 20,000+ online followers with the content getting 200,000+ impressions a week.

Among the most popular aspects of the Raised on Blacktop online presence are the dozens of videos that Matt and his videographer, Shane Danahy, have produced. Raw and up-tempo, most are a mix of on-site paving demos and equipment evaluations set to music. “We don’t make music videos, but I knew they had to be entertaining, something people want to watch even if they don’t pave,” he explained.

The videos have begun to resonate beyond the paving business. Matt says the Raised on Blacktop social media sites get significant traffic from people in associated and non-associated industries that fully understand the same hard work ethic and the mentality that goes into each and every long day.

The Movement Gets its Own Machine

As with any true movement, Raised on Blacktop has no shortage of merchandise to help promote its cause. The online store features shirts, hats, decals and even baby onesies. As of February 2021, it will be able to add the biggest (and most expensive) promotional item to date—a special edition Raised on Blacktop paver from LeeBoy.

The machine is a tricked-out LeeBoy 8520B heavy-commercial asphalt paver. The base machine features a 9-ton hopper, above deck generator, increased fuel capacity, front adjustable conveyor chains and ultra-efficient slow-moving wide conveyor system. To this, LeeBoy engineers have added a few bells and whistles that pay homage to the Raised on Blacktop crowd.

According to those who have grown up in the business, the special edition paver is as much a tribute to LeeBoy and the Lee family’s contributions to the industry as vice versa. Charlie Walsh and Jim Harkins, LeeBoy Territory Sales Manager, conceptualized the idea as a way to honor the many customers who own and operate family paving businesses. “Many customers have made the decades-long journey with LeeBoy, their Dealer and their respective paving companies. Through all the ups, downs and changes within the industry, LeeBoy has been the one true constant – and it all started when B.R. Lee began the business with pull-type pavers,” Walsh said. “The Raised on Blacktop guys have recognized all of the pride and legacy of this long history that many of us share. Their paving company has operated LeeBoys for generations and continues today. It is exciting to be an organic part of the Raised on Blacktop and LeeBoy limited edition paver and the strong message of family and grit they both represent.”

Matt Stanley is quick to agree, acknowledging that the story of LeeBoy is the story of nearly every family-owned paving contractor. “There was an article written a few years back about B.R. Lee and the history of the company. I probably read it three or four times. Each time I finished it, I was like, ‘this is so real, so familiar.’ The family aspect, the fact that Mike Lee remembers painting pavers at six years old. It just seems all too real.”

It All Comes Down to This

It’s that sense of humility, hard work and authenticity that, in the end, defines, but is not limited to, the family-owned paving business. Had the Stanley, Walsh or Lee families started in any other industry, the results would have been the same, because it’s not about the business, it’s about how you go about your business. That’s the message that Matt, Charlie and their peers are trying to instill in the next generation.

“I don’t have kids yet, but when I do, I’m going tell them: ‘If this is what you’re going to do, put your pride in your pocket and be prepared to start at the bottom. There’s going to be ups and downs, but if you want this in your life, it’s got to be 100%,” Matt said. Then he added, “Like Dad always said growing up, ‘You don’t have to do blacktop, but I’m going to teach you how to work’.”

Visit LeeBoy.com/RaisedOnBlacktop8520 for more details on the LeeBoy Raised On Blacktop Special Edition 8520B Paver.

To shop for the latest gear, visit https://www.raisedonblacktop.com/ 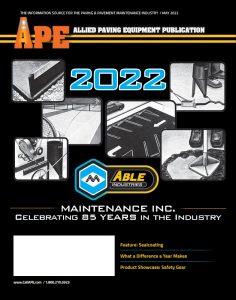