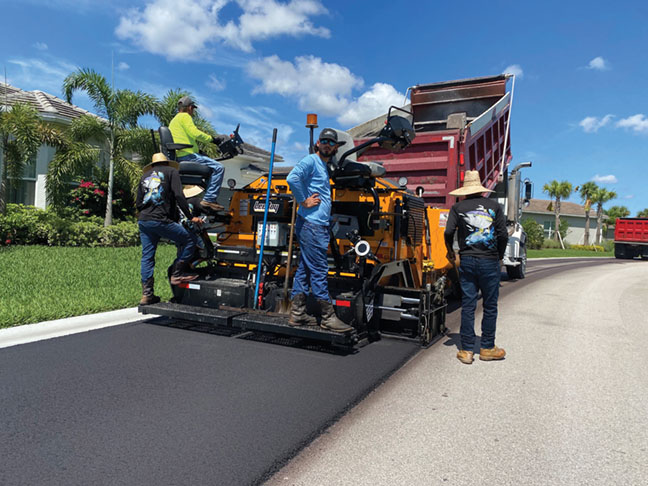 I was working in the southern part of the US a few weeks ago wondering to myself who would choose to work in 95 degree heat with 300 degree asphalt, and then choose to get up the next morning and do it again. At least I can get back in the air conditioned truck and have a cold water when I get overheated. Hats off to the rare breed of workers that make our roads smooth and give us a nice place to park at the shopping center. It did make me think about safety on the job site. I know we preach it every day and try to make it a priority, but, in reality, we have only one real job and that is to make it back home with the same amount of team members we left with that morning.

Let’s start with the matter at hand. No matter where you work, it’s hot. But it certainly doesn’t have to be unpleasant. According to the CDC, the best way to start your routine in the heat is with acclimatization, that is gradually working up to a 10 hour day in the heat. A new worker that goes from the office to 10 hours in the field is a recipe for disaster. If he doesn’t end up in the ER, he’ll decide this work is not for him and you’ll be down a man. We all can’t afford either of those situations in today’s environment. When I ask a seasoned worker how he does it, the most common answer is don’t come out of the heat, unless it’s into the shade. If you go into a cool truck or building during lunch, you are setting yourself up for fatigue and sickness. While this might sound counterproductive, you will have to be careful to replenish your body with lost liquids. But we must be careful what we drink. Avoid sugary drinks and, of course, alcohol. Water with electrolytes is the best, but don’t wait until you are thirsty to drink.

Clothing is another great way to beat the heat, but must be carefully considered when working around asphalt. Even when it is hot out, we cannot forget basic safety wear such as reflective clothing, long pants and boots. Many contractors use high visibility t-shirts as part of their everyday uniform. Long-brimmed hats and sunscreen are also a must. Regionally, I see workers with long-sleeved microfiber shirts, which might also sound against the grain, but they tell me the material wicks away perspiration and actually keeps them cooler.

Summer safety also goes deeper than hydration and clothing. As the mid-year backlog gets longer, so do the stresses of finishing the job and moving on to the next. This may cause the unprofessional team to cut corners and possibly make choices that they wouldn’t normally. For example, an early day walkaround of the equipment shows that a safety chain guard has been compromised and requires repair. But because time is short today, its not given a priority to fix and “checked off”. The result could be an unexpected trip to the hospital or worse for an unsuspecting employee. Also, hurrying to get from one job to the next, a piece of equipment doesn’t receive the care required to insure it is secured to the trailer. The resulting accident ties up traffic for hours and hopefully doesn’t end in a fatality. Just one clear head can make sure that the day runs as normal and set an example for the entire season.

The summer season also wreaks havoc on the traveling public, that is the ones we are trying to serve. Tempers seem to flare when temperatures rise as folks are trying to get from point A to point B in a hurry. Don’t get caught in the trap of bending the rules because a motorist is late for work or has to get to the grocery store. Cones and flaggers are in place for a reason and need not be altered for any reason. Make sure all complaints are handled by a person in charge so that the face of the company can never be questioned or compromised. Like I always say, “People complain about getting the roads fixed and complain when they are getting fixed.”

Safety is priority one, not just in the summer months, but it seems as if that’s when it takes center stage. The fast paced environment that is our economy brings us a new challenge every day. We cannot lose focus on the bottom line, which is protecting the family that is our workers. I’d be interested in any interesting safety stories you may have from the field.

Brian Hall, LeeBoy Territory Manager. He can be reached via email at bhall@leeboy.com 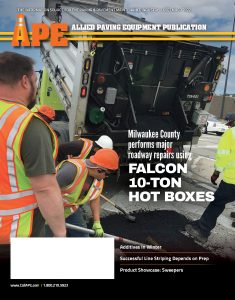 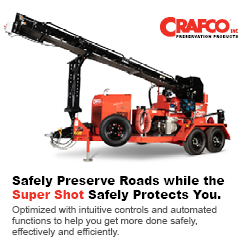